Well, you know Spring is here when there is a sea of yellow around you. On Elandsberg we have planted around 100 hectares of canola this year. Canola, or rapeseed as it is known in the rest of the world, was developed in the early 1970s using traditional plant breeding techniques, by which Canadian plant breeders removed the anti-nutritional components (erucic acid and glucosinolates) from rapeseed to ensure its safety for human and animal consumption. The canola plant also produces seeds with a very low level of saturated fat, seven percent or below.

Christened “Canola” from “Can” (for Canada) and “ola” (for oil low acid), canola is not, strictly speaking, rapeseed. There is an internationally regulated definition of Canola that differentiates it from rapeseed, based upon its having less than two percent erucic acid and less than 30 umoles glucosinolates. Oilseed products that do not meet this standard cannot use the trademarked term Canola. 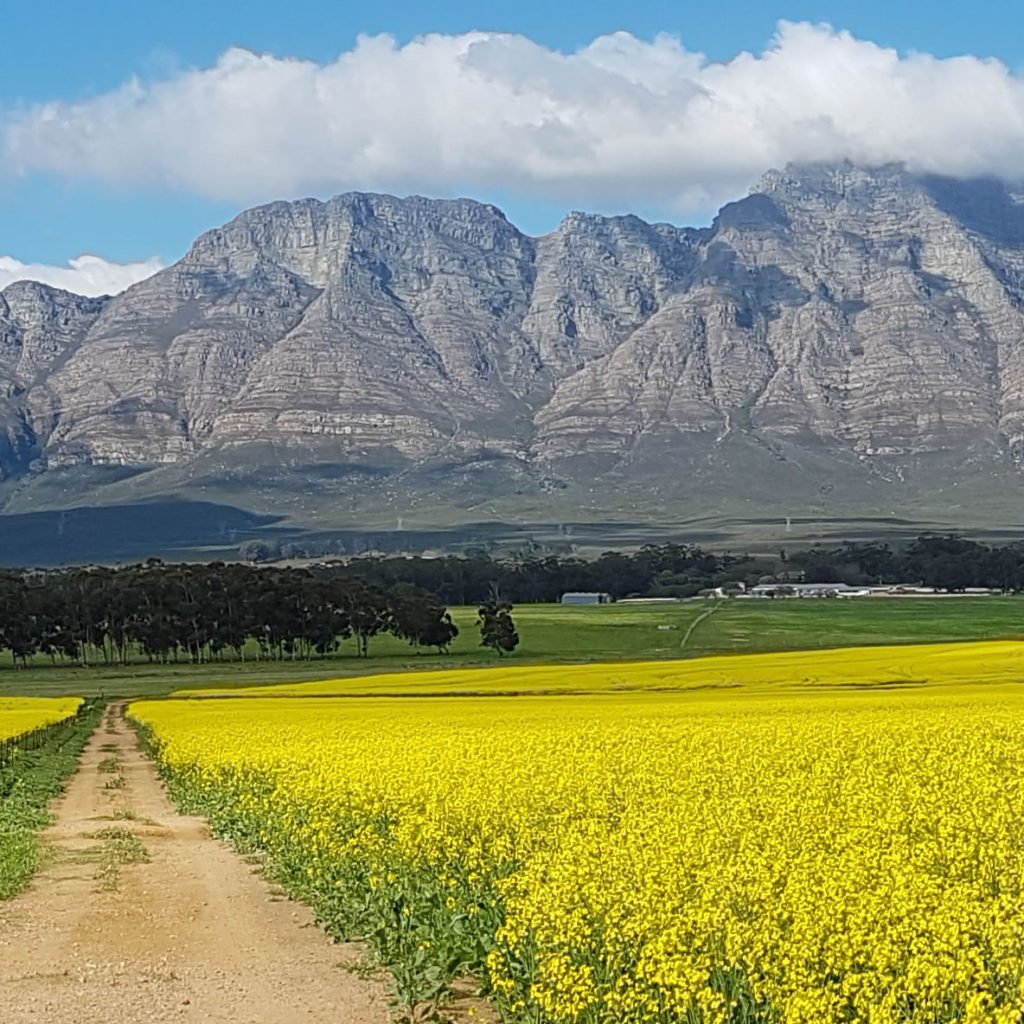