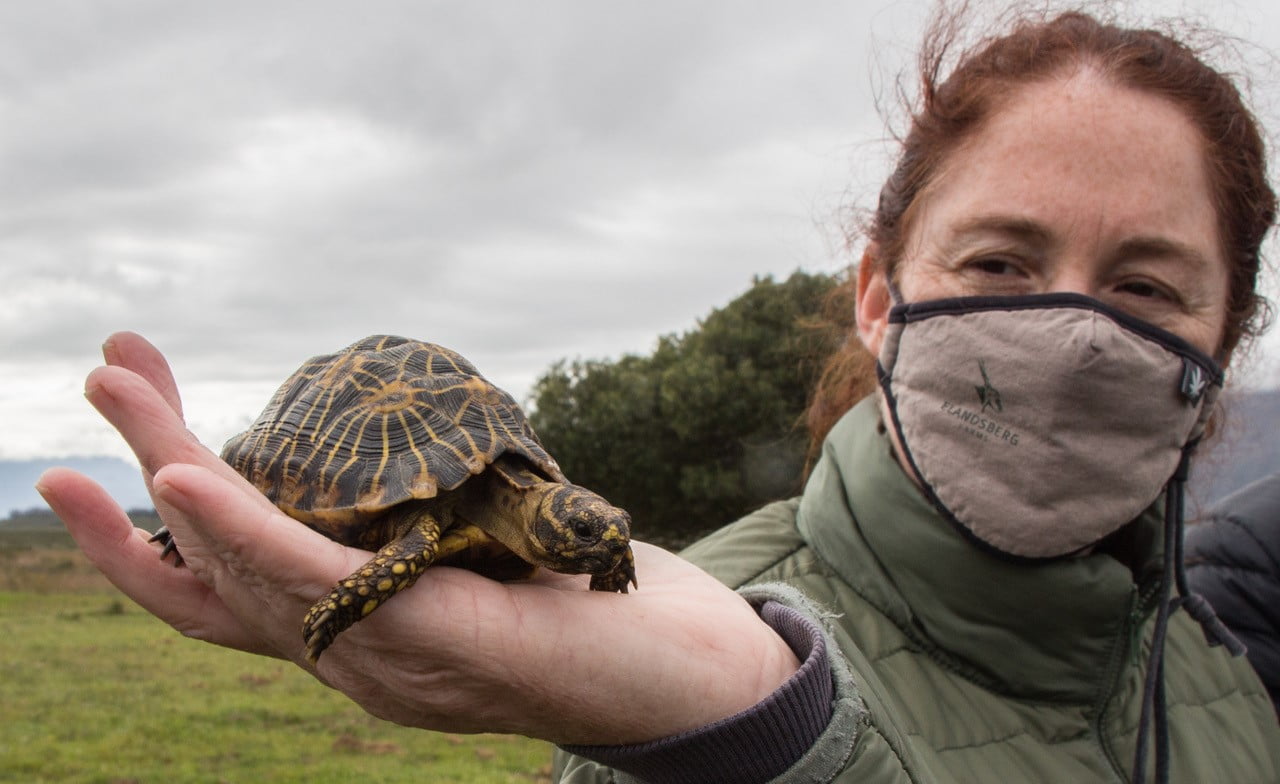 In January of 2012, a natural wildfire at Elandsberg Nature Reserve burnt through about 2000 ha of the nature reserve. Elandsberg, with the help of Cape Nature and volunteers, pooled resources after the fire to search and rescue tortoises in the reserve as most of their habitat had burnt.

Whilst being held in temporary holding camps in the unburned part of the reserve, the tortoises continued breeding and an opportunity was seen to boost this critically endangered species population numbers. Amongst other management and monitoring activities, hatchlings are collected annually and raised in protected holding areas, maximising survival rate until they are big enough to go back into their habitat.

During 2020, seven of these raised (“head-started”) geometric tortoises were released and monitored weekly with radio-trackers as a test run to start off the release of tortoises back into the recovered natural habitat. Five of these tortoises have survived and are thriving in the wild and so this trial release protocol has been approved by the conservation authorities and tortoise experts.

On 24 August 2021, a further 12 geometric tortoises were released; 3 males and 9 females, with an age variation of between 4-8 years and a weight variation of 190g-230g. These tortoises will not be radio tracked but a photo ID system using their unique shell striping pattern will allow them to be identified if they are encountered again. The release of “head-started” tortoises back into their habitat is planned to continue annually in an attempt to further bolster this species numbers on Elandsberg, as a mitigating response to the impact of the fire on this critically endangered species. 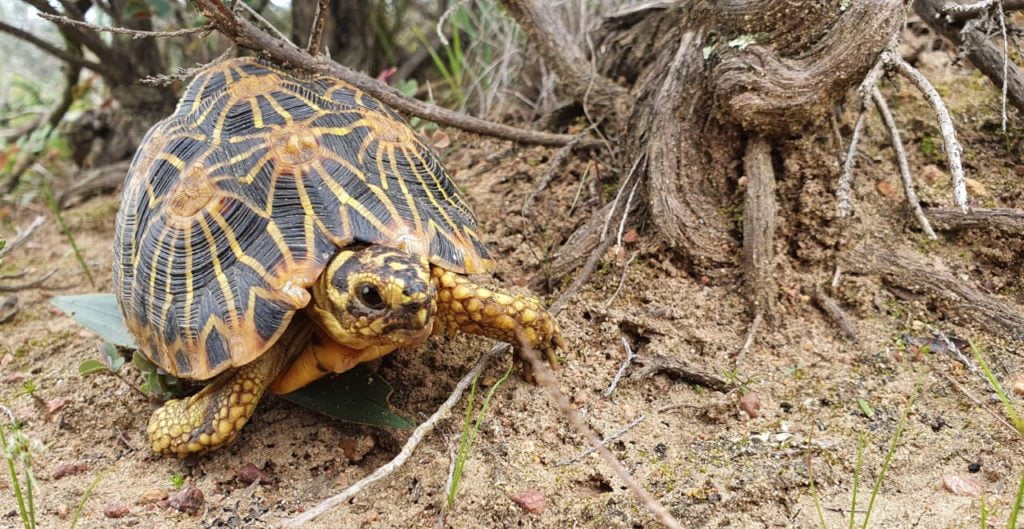