In response to the Covid-19 pandemic, we have turned our farmhouse kitchen into a community soup kitchen ... read more about our Covid-19 relief efforts

I was lucky enough to be able to join my first animal capture. The animals in question were 5 bontebok (3 females and 2 males) and 8 of Elandsbergs Quagga. With my experience of animal capture being a verbal experience, I wasn’t sure what lay ahead of me. All that I knew of a capture was that it involved a lot of running, shouting and frayed tempers. This, on the day was not the case at all.

The proceedings started off at round about 9 in the morning with all the players gathering beforehand to discuss the plan for what was about to unfold. The different parties mentioned were Bernard and Nicola Wooding ,Tom & Frank Turner, Clive, Jane and her husband, Sonja, and myself Steve Meihuizen. We were also lucky enough to have the help of the farm labourers from Frank and Toms Farm.

Tom an experienced game capturer laid out our plan in detail. Each of the 3 land rovers lead by Bernard,Clive and Franc had handheld receiver radios which were in contact with Tom who in turn was in contact with the chopper pilot. Tom would ride ahead on his motorbike and identify were the species had finally dropped, and would communicate to the specific vehicles.

Communication was essential, as the darts administered with bontebok had a very quick reaction time and getting there to prop up the bonteboks beautiful marked heads upright. During the choppers initial flight, in order to identify the individuals suitable for the capture, it was amazing to see the bonteboks in full flight across the plains. We always forget that these stunning creatures actually can hit speeds of 70km/h for a prolonged period.

The whole process was carried out without a hitch, communication was cool calm and articulate. Before we knew it the bontebok capture was complete, and the animals were relocated. Of course saying all this, the bontebok played their part by staying in relative open areas so that hauling into the land cruisers was an easier prospect.

In the afternoon round midday we were off to capture 8 of our striking quaggas. Again the procedure was explained in full detail by Bernard and executed by us the willing volunteers. On game drives you can always see the beauty of these magnificent creatures, with their distinctive lighter hind quarters. Getting up close and very personal just puts the appreciation to another level. The majesty of their coats, the strength in their breathing and the quiet grandeur in their eyes (which we had to cover to reduce the stress levels)

Again the capture went off without a hitch and I was very proud to be part of a team that took such care and effort in making the experience swift with minimal amounts of stress towards the animals. At the end of the day preparation was the key element in making the day a complete and utter success. 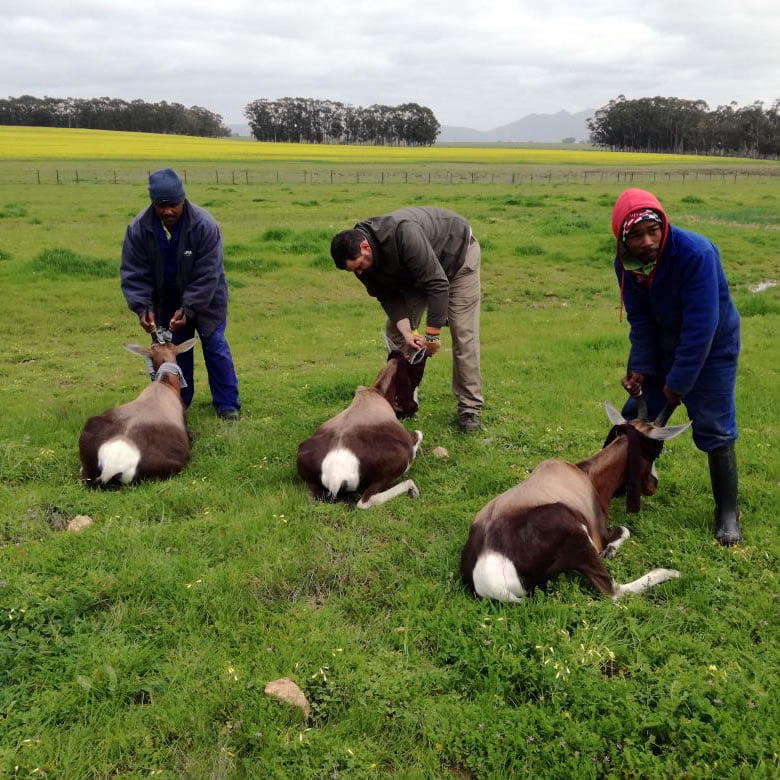