With the arrival of March come the first of the flowers seen around the Elandsberg Nature Reserve, when bright bursts of pink can be spotted between the dry bushes from the vantage of the landrover. Some of the ones we have noted are the paintbrush lilies such as Haemanthus sanguineus, also known as April Fool, and if you are lucky the paintbrush lily Haemanthus pumilio, which is highly endangered. Also flowering in March is the candelabra lily Brunsvigia elandsmontana, which is critically endangered and found only in the Elandsberg Nature Reserve, after which it is named. 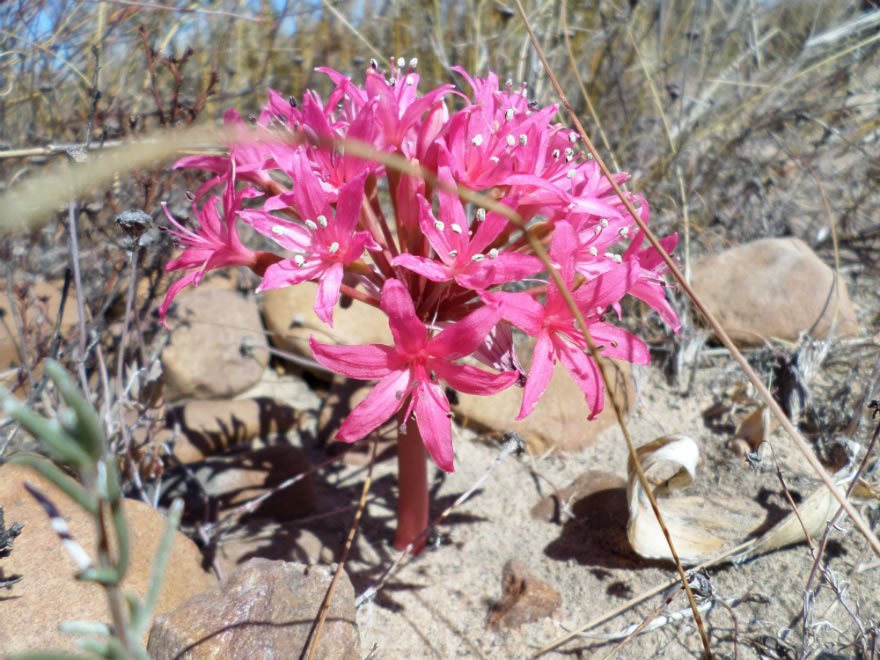