The vulnerable Elandsberg Pea (Lotononis complanata) has been seen in the Reserve. This species is known from two small subpopulations, the first of which is protected in our nature reserve and is stable. The second subpopulations is likely to continue to delcline to to heavy overgrazing and spreading alien invasive plants. The Elandsberg Pea is a long-lived resprouter (generation length 30 years) that grows very low to the ground and has a beautiful purple flower which appears in June.

Also seen on the drives is the Men in a Boat (Colchicum capense) or Patrysblom in Afrikaans. The vernacular name possibly refers to the belief that the corms were scratched out by Francolins, although they have been recorded as being toxic to crows. Another possibility is that the marked bracts of some species resemeble the speckled breast of the birds. This flower appears as if it is floating on dry ground. It is a stemless perennial with lance-shaped leaves that have fine hairs along the margins. You would usually find this plant in damp clay soils in the South Western Cape and Namaqualand. Flowering times are June to August. 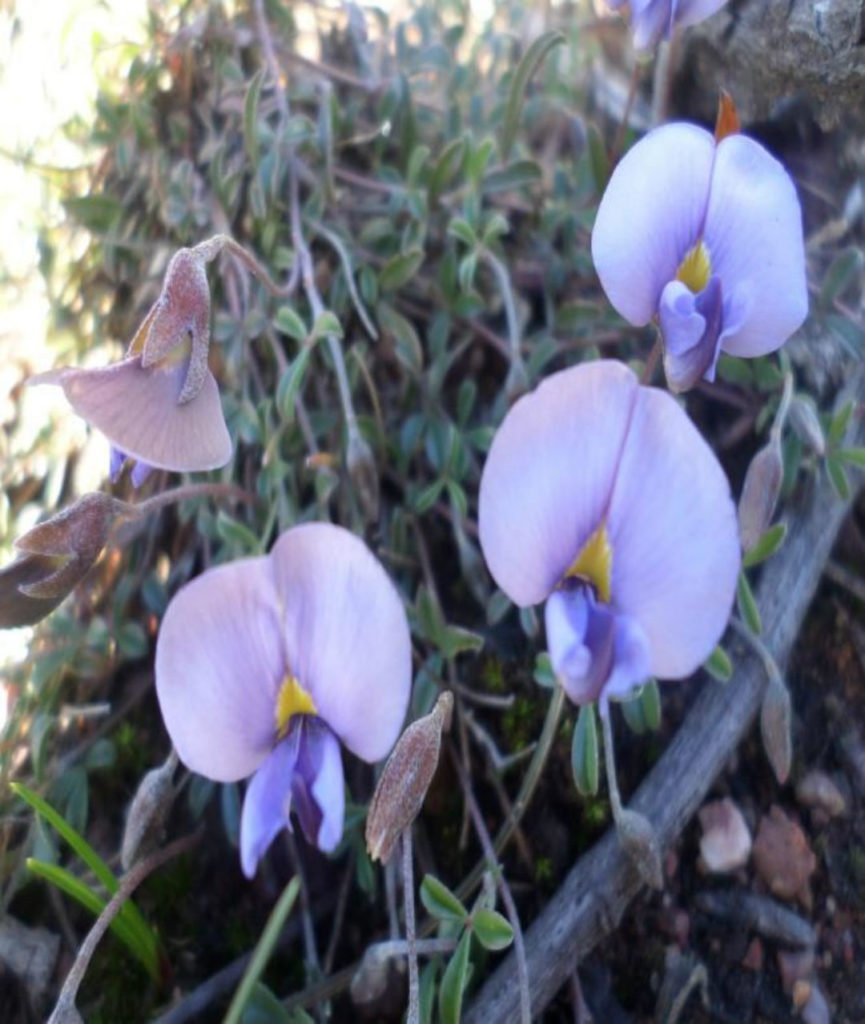